There are few places in the world, which have the blessings of nature in terms of biodiversity. One of them a
landlocked country deep in the savannah of southern Africa, called Zimbabwe. With such idyllic scenarios of lush vegetation, abundant wildlife one would think the people and animals of Zimbabwe are living in a mini version of paradise. Alas that is not the case, the country lies in economic ruins, has visionless leadership and a wildlife population that has been left to its own mercy.

With the recent death of Cecil, a worldwide furore has been raised on the lion’s killing for the mere sake of trophy hunting. But maybe what the world is not looking at is what the hidden costs for poaching are. The indigenous population did not even raise that much of an eyebrow at the passing of Cecil or the noise that followed after. Through this article we hope to expose 3 issues that the mainstream media has failed to pick up on that has led to the demise of so many wild animals.

Issue Number 1: Local cultural erosion: Where is the love?

When people remember the year 2000, a lot comes to mind. There was the combining of AOL and Time Warner, Tiger Woods becoming the youngest player to win a grand slam, George Bush beating Al Gore, The summer Olympics in Australia, Mad Cow disease in Europe and the Concorde crash in Paris. The list could go on and on. In Zimbabwe, the year 2000 seemed to be a year full of twists from a Charles Dickens’s novel (the best of times and the worst of times). Zimbabwe reached its greatest level of economic growth.

The Zimbabwean government decided to press on with what is now called the Fast Track Land Reform Programme. Robert Mugabe bowed under pressure from his supporters and ex freedom fighters in the mid 90’s and gave every ex fighter $Zim 50 000 apiece as a payment for supporting him during the liberation struggle, this was the equivalent of R50 000 South African Rand in those days, many of them had never seen or laid hands on a fraction of that type of money and had no idea how to handle it, as you can imagine it was spent on wine, woman and song, and in those days HIV AND AIDS was leaving a wake of destruction in Southern Africa, and so to the satisfaction of Mr Mugabe 30% of his comrades perished. This was a timeless symbol to political expedient survival, at the expense of present and future economic growth. The economic aspect could be debated on and on and has been for quite some time.

What the economists have not explored is the social fabric of the Zimbabwean society that has experienced corrosion and transformation in the 15 years after. Families were torn apart as parents had to leave children to
seek jobs in the Diaspora (as many as 3 millions Zimbabweans are estimated to have migrated outside the country), marital problems became the norm of the day (the divorce rate is estimated to have risen above 50%), the concept of extended family was destroyed (each person now only wants to look out for themselves), andrampant corruption and the loss of generational customs began to set in. This was all as the natives searched for economic sustenance and survival.

Okay so the society was never the same after the Land reform, but what does that have to do with the death of Cecil the lion? Well everything! The Shona and Ndebele people comprising of multiple sub-tribes throughout the country have established cultural values and norms when it comes to environmental conservation. Concepts such as avoiding stream-bank cultivation, responsible hunting methods and preserving unique flora were well entrenched way before colonialism. Children grew up at the feet of their grandparents harvesting the gems of oral wisdom pouring from their predecessors around firesides.

The communities that live at the edge of most game parks and conservancies now view poaching as a way of life. They feel the government has failed them in addressing their needs as a community. They are thus more likely to be the poachers themselves, collaborate with poachers or turn a deaf ear to the activities of poachers. The government initiated programme C.A.M.P.F.I.R.E. has failed to alleviate the pent up demand for services by these communities.

As a result of this cultural erosion, nobody cared when the news that Cecil died broke out, because everybody was just trying to survive. A more common reaction among the Zimbabwean populace was “it’s just 1 lion we have plenty more, so who cares! After all will I get paid for caring?” With attitudes like this, then Cecil is just merely the tip of an ever expanding iceberg. It’s not just lions in danger everything from Rhinos, Pangolins, Pythons, Elephants (yes Bambi is in danger) are all at risk. This is conducted by a complex international syndicate spearheaded by Zimbabwe’s ever faithful friends; the Chinese government.

When one thinks of colonisation, one conjures images of the James Cameron movie; Avatar, or men dressed in khaki safari outfits sullied in a blistering savannah busy ripping off the local native chiefs. But never of slick, savvy businessmen and government envoys who promise huge mega investment deals and trade pacts meant to elevate the plight of impoverished and highly indebted nations. That is the story of 21st Century China in Africa. The Chinese have recently donated $2 million dollars to wildlife conservation and rumours of Chinese nationals being seconded to the board of the largest wildlife conservancy in Zimbabwe: Hwange National Park.

Is there anyone who believes the Chinese government has the best of intentions for Zim’s wildlife? Hwange national park has an estimated population of over 80,000 Elephants, which, as some experts point out, is a burden on the carrying capacity.  While yet to be scientifically proven, market demand demonstrates that Chinese nationals and other Asian nationals believe, that Ivory, Rhino horns and other exotic species’ parts have the ability to cure a variety of ailments and also act as aphrodisiacs. With the Chinese now involved in running the parks, one can only fill their head with question marks.

Earlier this year, the then Minister of Environment, Saviour Kasukuwere sent over a shipment of baby elephants to China. The elephants, most of which went in a sickly state, caused an international uproar and had the government resorting to liberation war rhetoric (popular among the ruling party’s politicians) in order to defend their decision. President Mugabe has always called the Chinese our ‘friends from the East’. So deep is his belief in his friends that when foreign direct investment from the west had dried up due to the controversial land reform programme, he declared a “look East policy” in 2003. 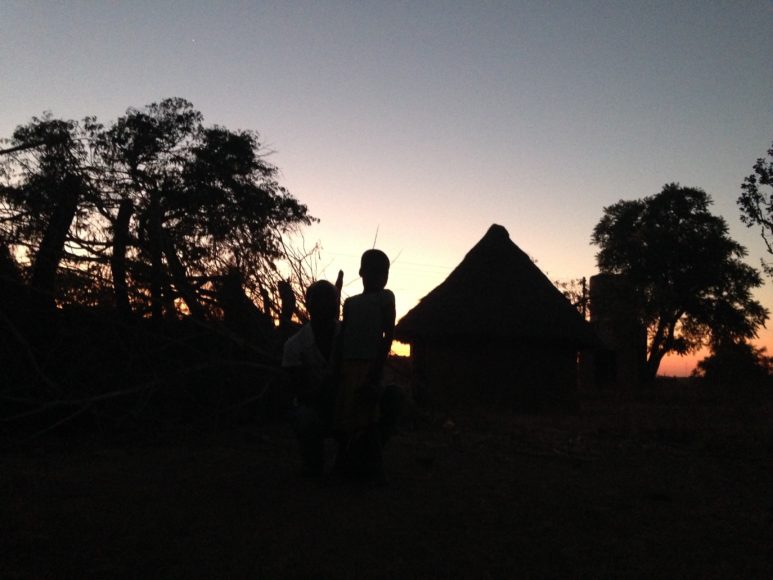 This policy is when the Chinese gained preferential access to all that Zimbabwe had to offer. In exchange the government would get loans from China. Today the government now has a debt of over $1.5 billion to China and has leveraged several precious mineral mines to the Chinese government. It is quite common to hear Chinese nationals in Zimbabwe declare “Mugabe gave us this country, so we can do as we please”. Zimbabwe has in the last decade sold its soul to the Chinese, the Libyans and whoever else wanted the mining rights and tourism rights in return for fuel, this was the start of the slaughter and complete mismanagement of natural recourses. This has also led to a situation where Zimbabwean nationals working for Chinese owned companies are often ill treated and earn substandard wages. As they say, the man with the purse pulls the strings.

In 2013, there were news reports of Elephants being given salt licks laced with Mercury. More than
81 elephants died and the government was literally static in their response to the situation. Many questions were raised as how could poachers gain access to a rare toxic chemical such as Mercury in such large quantities. Again the Chinese were also to the rescue in this incident placing donations to the national parks of equipment and pledges to support the government in whatever way it can. As the president of Zimbabwe may declare that Zimbabwe shall never be a colony again, clearly he has not seen the writing on the wall.

Transparency International rates Zimbabwe as number 156 out of 175 whilst the Mo Ibrahim foundation rates Zimbabwe as 46 out of 54. Neighbours like Botswana and Zambia actually have far better rankings than Zimbabwe.

The levels of corruption are not getting better, just worse. What is most disturbing is an ever growing acceptance for the local populace that corruption is an acceptable way of life.  Small bribes for even the most basic of services such as obtaining a simple document like passport or avoiding paying a traffic police fines are quite common. People no longer care about the effects of creating a fragile state and potential future conflict.

As can be seen on the diagram to right (courtesy of Transparency International), something can be done and needs to be done soon to stop this endemic cycle of corruption. An old Shona saying states that, “the big baboon should fold its tail so that the little ones will respect it” meaning local leaders need to set concrete examples of good governance, conservation standards and economic development. If they don’t, the children will wind up looking to corrupt leaders to model their future and bring disaster to the little teapot shaped nation. It is up to the international community to empower local communities through highlighting and supporting initiatives to demand change and reform from the Zimbabwean government.

Stay in the loop with Empowerment WORKS’ global eNews!