Introduction of the course

The first session summarized well know tribunals, which have roles or working machines connected with the concept of transitional justice. First, The International Criminal Tribunal for the former Yugoslavia (ICTY), which dealt with war crimes that took place during the conflicts in the Balkans in 1990; this court allowed victims to express the violation that they witnessed, and to ask for suspected accountability. Second, International Criminal Tribunal for Rwanda (ICTR); its role was to prosecute those responsible for genocide and violation of international humanitarian law that took place in Rwanda. Both of these tribunals prosecuted violators of international humanitarian law, while ICC prosecutes violates of both International Humanitarian Law (IHL) and Human Rights Law (HRL). Transitional justice related to these tribunals because it increased the role of victims in advocating the law protection and compensation of the victims’ rights 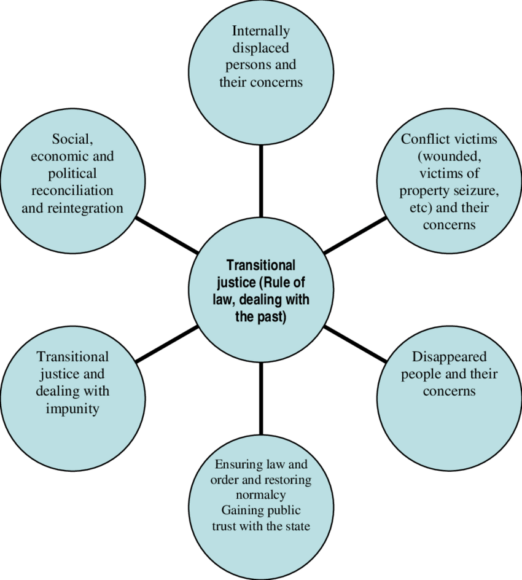 To practice transitional justice you have principal machinery, which regulates transitional justice application. First, judicial proceedings: involve punitive policy, it implemented by International Military Tribunal in Nuremberg; it works on raising accountability toward crimes against humanity and human rights violations. Second, reparations: it is not totally new, but it started to focus on how and what kind of preparation victims needed. Third, public apologies: it’s when the head of the state or an important member expresses his regret about a specific action. Even though public apologies mechanism is not very practical, it could be considered as a first introductory step in the process of achieving reconciliation, which is an integral part of transitional justice. Finally, the truth commission was a central point of emphasis, and it is very useful in advocating transitional justice.

HAYER, B. Priscilla in his book defined truth commission: ”This can be captured in the following slightly revised definition: A truth commission (1) is focused on past, rather than ongoing, events; (2) investigates a pattern of events that took place over a period of time; Confronting Past Crimes 11 (3) engages directly and broadly with the affected population, gathering information on their experiences; (4) is a temporary body, with the aim of concluding with a final report; and (5) is officially authorized or empowered by the state under review”(p 12). Thus, a truth commission distinct because it keeps investigating and gathering shreds of evidence about past events, it deals deeply with victims and encourages perpetrators to admit their wrongful act in order to use this as an initial intent of reparations and reconciliation. In contrast, the judicial system alone is less flexible with victims, it just tries to implement the popular system of law and punish the suspects. Truth commission generally gathers both ideas of reconciliation and reparation to achieve justice for the victims who witnessed violations even if it took place earlier in the past. Another aspect is that truth commission tries to have kind of replaces criminal proceedings, which will give chance for perpetrators to kind of justice punishment that will give relative compensation to victims and allow perpetrators to reintegrate in their community such what happened in Timor; some of the militants reenter Timor again and live thereafter the end of the Indonesian invasion. 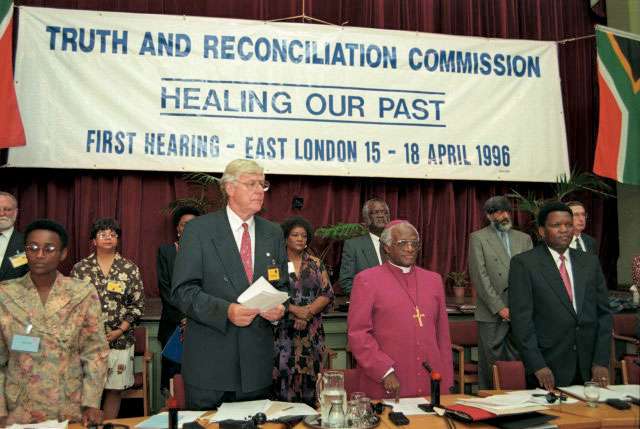 Will identifying the responsible side lead to determining how transitional justice will be achieved? Are we dealing with individual perpetrators, or with the state itself, or even with agents of the state?

Individual responsibility depends on individual conduct, especially on the existence of the state of mine or what called intent to destroy and violate HR. even though, intent divided into tow forms. First, special intent; when a person is doing the conduct as a result of his own desire and convinced. Second, is the inability to think, it doesn’t mean that this person can’t think, it means that he is following bureaucratic orders. Individual responsibility related to joining criminal enterprise where all perpetrators started with a common plan and they are sharing the same intent, as a result, all of them are responsible for the same crime.