Global citizenship means to live and think globally, but what does it mean to live and think globally? This idea and model was reflected by Hans Schattle in his article “Global Citizenship in Theory and Practice”, he said: “the Stoics championed the human capacity to lead dual civic life-fulfilling obligations to the state while also serving the cosmopolitanism as a virtuous human person” (p.4).

This means global citizenship is a human who is aware of the idea of being a member of the global community, via having human responsibility, equal shared value of the person, respect of international human values, relations of trust and tolerance, and the fairness of the outcomes of the individual or governmental efforts, away from different cultures or a geographical area to pursue the public interest to live peacefully.

To be global citizenship means to be aware of your international responsibility, your roles in raising human values, aware of your role in building relations of universal trust and tolerance to end up with the fair peaceful life of various human beings. Being global citizenship could achieve by increasing people’s awareness of Schattle’s categories of contemporary global citizenship, the main useful two categories is first, global cosmopolitans, which means peoples are more openness towered other cultures and environment, being more opponents will increase your awareness of your roles of accepting other people based on global citizenship of human values and equality. The second category is global managers, it relates to how individual works with United Nations or other international governmental institutions, so under this category individuals are aware of their responsibility to stress various bodies to resolve global problems.

Since the beginning of 2015, many people from the Middle East and North Africa started to come to Europe, fleeing war, prosecutions, extreme poverty, and the search for better employment and education. As the Commission of The European Union mentioned: “In 2015, 1,321,650 migrants applied for EU asylum, the highest number on record. Irregular migrants commonly embark on risky journeys across the Mediterranean Sea in search of better economic prospects; over 1.01 million of the 1.3 million migrants in 2015 reached Europe via boat”( Zacharias and Quinones, P10). Even of the fact that the refugee crisis has negative impacts on the European world, Germany is a distinct European county, Germany’s adherence to the idea of global citizenship made from it a remarkable contributed country in confronting and solving some aspects of the problem of the refugee crisis.

Germany played a role in revealing the roots of the refugee crisis, then German took various steps to give solutions to the problems that appeared with the refugee crisis. Germany role was an application of global citizenship, Germany is an example of how global citizenship could be considered as a successful way to face and solve borderless problems. For instance, in Syria, the reason why did the Syrian refugees flee their country is the civil war, destruction of civilian’s houses, killing them, and their families. Germany was motivated by humanity, Germany believed in Syrian’s right to live peacefully in their country. As a result of this tough situation, the fragile ceasefire, which was mainly brokered by the US was not possible to happen, and therefore, it disabled Germany to stop this war, in which, if it happens, then it will give the Syrian people a new opportunity to live peacefully in their country.

However, Germany’s awareness of their global responsibility toward Syrian refugees continued,  Germany helped the Syrian people who fled Syria to neighboring countries, such as Lebanon and Jordan. Also,  it donated $2.5 billion for them, as the German ambassador Peter Witting indicated, “At a donor conference in London this year, the international community raised $11 billion in humanitarian aid for Syrian refugees residing in, among other places, Jordan and Lebanon. Germany pledged $2.5 billion at that conference”. So Germany confirmed its global responsibilities, and how their awareness of the situation of Syrian refugees motivated them to act based on humanity and equality. 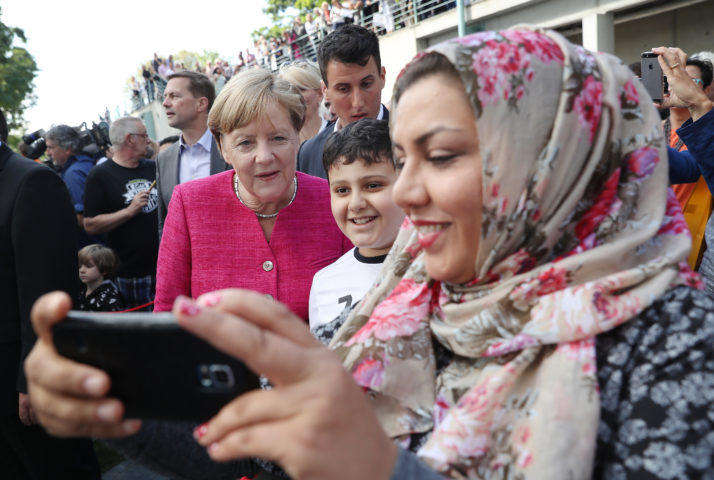 BERLIN, GERMANY – AUGUST 27: German Chancellor Angela Merkel pauses for a selfie with a Muslim family among visitors during the annual open-house day at the Chancellery on August 27, 2017 in Berlin, Germany. Germany will hold federal elections on September 24 and Merkel is seeking a fourth term as chancellor. (Photo by Sean Gallup/Getty Images) Markel is an example of politicians who is supporting open border policy.

Germany keeps its contribution to solve the refugee crisis by promoting the situation in Germany itself. It welcomed the refugees and kept their borders open to them while the neighboring countries closed their borders. Germany applied one of the Caren’s justifications of the Case For Open Borders. Carens said:” freedom of movement would contribute to a reduction of existing political, social, and economic inequalities”(p.228). Germany opened its borders to reduce Syrian inequalities that were a result of their situation. In other words,  Germany thinking of these refugees as part of their nation, and respected their right of recognition, as what stated in article 6 of the UDHR: “Everyone has the right to recognition everywhere as a person before the law”,  all of this proves that Germany is a good model of global citizenship, the model that based on being aware of rights of equality, human values regardless of race and cultures, and humans need of living in secure, safe, equal or just circumstances.

Moreover, Germany continued in supporting the status of refugees who started to live in Germany. For instance, Germany helped the refugees to integrate with the community by giving them courses to learn the German language, this kind of courses are useful to open the door to international educational information exchange, to apply Martha C. Nussbaum’s idea of cosmopolitanism education, which allow us to see ourselves in the lenses of various world citizens. Additionally, Germany provided education chances for refugee children, it also provided them with health insurance. The various actions of Germany’s process of integrating refugees in their community, and not alienate them from the native citizens reflects how Germany is a good example of global citizenship. 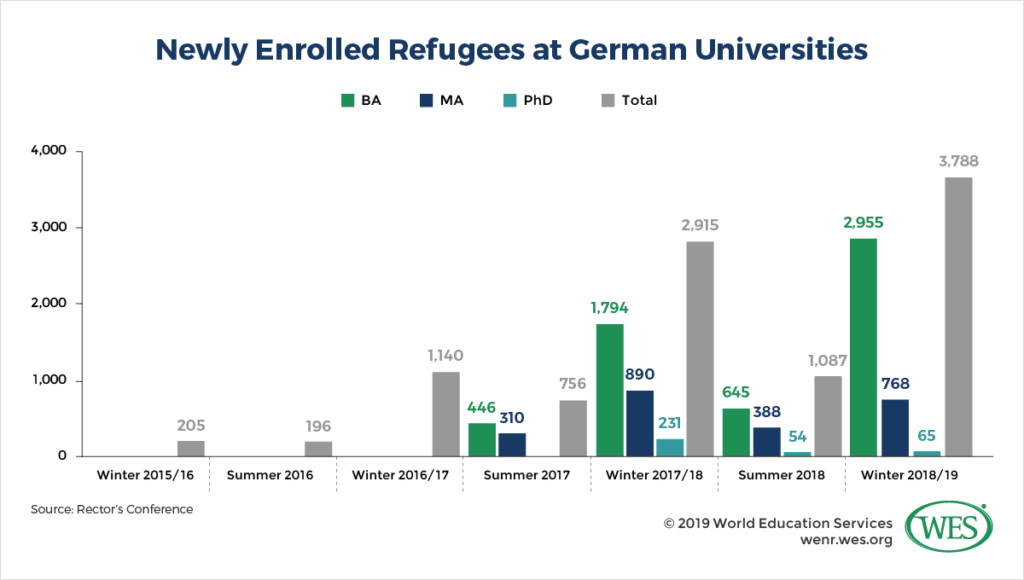 In conclusion, global citizenship model, which is that all people have to be aware of their membership as members of the global community, those members who hold responsibilities, which built on equality, human values, human need of peaceful life, and the fair outcomes of their roles as members of the global community, this means that people are taking care of each other, and they are going in the right way to confront and solve borderless problems such as the refugee crisis. In addressing this issue, Germany attempts of helping refuges before entering Germany, by reducing the borders restrictions and then helping refugees to coexist in the German community clarified how global citizenship influenced to find solutions or reduce the impact, and the various problems that came with the refugee crisis. 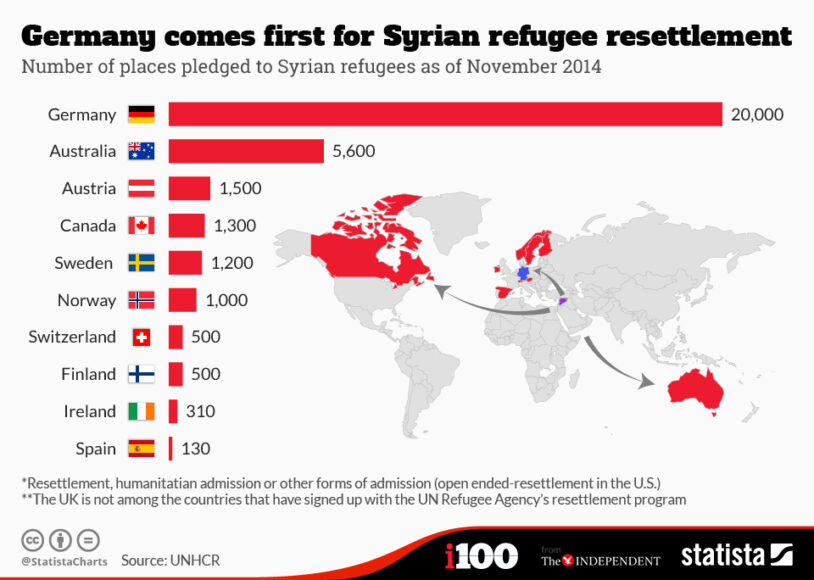