Press Release For Immediate Release July 28, 2020 ‘Turning the contest of sport into a global collaboration challenge.’

TOKYO, Japan – July 28, 2020 — In the absence of this year’s 2020 TOKYO Olympic Games, and into the void of world unity we need new heroes and heroines to rise.   Despite the postponement of the games,  THE GLOBAL SUMMIT, dedicated to serving as the home of sustainability movements, is stepping forward with a global call to artists and changemakers for leadership and participation.

“We need Artists in Action, advocating for the change!  We wish to see and be in this world, and we need to unite!”

The Artists In Action UNITE concert, August 9th, 2020, will unite artists around the world for an OPENING CEREMONY that will reflect the Olympic spirit we must carry together. The 20-hour digital event will be circulating the globe by time zones, starting in Tokyo, 8 PM, August 9th, and ending the same day in Los Angeles, August 9th at Midnight.

THE GLOBAL SUMMIT, home of sustainability movements, invites you to join for their first annual IMPACT GAMES, where 5 impact teams will be working to effectively accelerate the 17 UN sustainable development goals. This is an invitation for humanity in action, to carry this new flame together for collaborative positive impact at scale.

Over 50 artists spanning 5 regions will be offering musical performances and personal shares of what sustainable development action they are supporting! Each of the 5 host-led regions will have respectively 4 hours of diversely gifted musical programming. 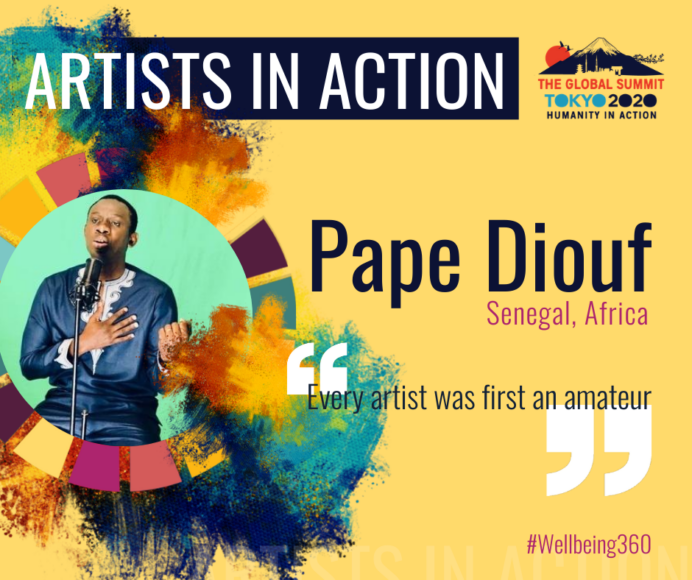 Artists in Action Unite will allow for every regional performance to be broadcasted at the artists’ primetime. The concert symbolizes and honors the Olympic Movement, a global passing of the torch, at a time the Olympics have been postponed.

Here, THE GLOBAL SUMMIT, home of sustainability movements, invites you to participate in our “passing the torch.”

This Artist in Action OPENING CEREMONY is the first event to kick off our 9-day IMPACT GAMES, hosted by THE GLOBAL SUMMIT. Let the impact games begin!

ABOUT THE SUMMIT & COLLABORATING ARTISTS

The Global Summit series of volunteer-driven, biennial events have circumnavigated the globe coinciding with the Summer Olympics every four years since 2008. And now, forced to change its go-local program to all online, it is preparing to take another trip around the world with its flagship opening ceremony.

Responding to the Olympic need for artist-led social change, the inaugural concert of a now a more inclusive, annual Impact Games, is organized by Artists, as producer partners for a shared purpose: to channel their creative force at a historical turning point, and to raise awareness and funds for them and the causes they advocate.

Chi, singer/songwriter from Tanzania;  began writing music at the age of 13.

“Artists in Action is an opportunity for artists to make a bigger difference together. Not only to perform in the opening ceremony but to participate as changemakers and social entrepreneurs in the five Summit Impact Teams: Wellbeing360; Feminomics; Learning 4 Life; One Ocean; and Thriving Cities.”  Concert Co-Producer, fellow Artist and Bay Area Summit Alumni, Robin Liepman (aka Bloom) notes.

Tanzanian Artist, Chi, represents Team Feminomics:  “I believe that women are the cornerstone of societal change and so we should continue to strive to pass on torches to the next generation of girls so they can help light up their communities”. 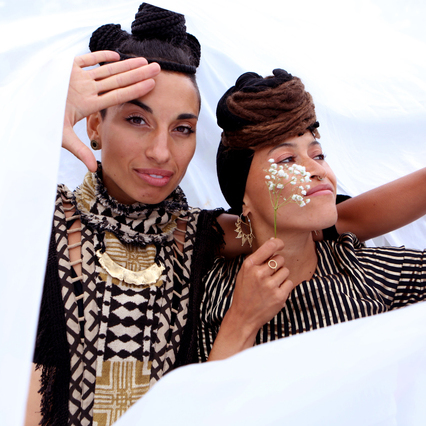 Of their creative performances, Angela Davis writes, “Each time I have the pleasure of attending a performance by Climbing PoeTree, I feel enriched, renewed, and inspired. Alixa and Naima insist that poetry can change the world—and it is true that the urgency, power, and beauty of their words impel us to keep striving for the radical futures toward which they gesture.”

Mikko Kapanen was once called a Hip-Hop citizen of the world. Even though he has traveled the world, he grew up in a quiet corner of Europe where he learned both politics and the English language from the Public Enemy record

With the common thread being the impact of these artists, teams of regional Co-Hosts are curating everything from Pop to Folk to Hip Hop, which Partners, Hip Hop Loves have ushered in globally with its Founder, René John-Sandy on the core organizing team.

Hip-Hop is worldwide. It’s not just consumed worldwide, but it is exercised – lived – everywhere on this planet. What we do is a love letter to the culture and people who have played part in its origin story as well as a celebration of the voices and expressions from all continents.  ~. Mikko Kapanen (Finland) Host/Session DJ, The Cradle (All Africa and Western Europe).

Madame Gandhi is an artist and activist whose mission is to celebrate gender liberation. She is a 2020 TED Fellow and has been listed as a Forbes 30 Under 30 for her inspiration

We are at a point where we need to channel our collective actions into building a more balanced, just, and harmonious world; THE GLOBAL SUMMIT invites you as you partake in watching the Artist in Action UNITE opening ceremony, or whether participating by watching the IMPACT GAMES, that you consider the Olympic creed during this time of global transitions and fights for a better world: “The important thing in life is not the triumph, but the fight; the essential thing is not to have won, but to have fought well.” Now let’s go FASTER, HIGHER, STRONGER for the first-ever IMPACT GAMES.

How the Concert Benefits Artists and their Causes

Building on US 501c3 nonprofit executive producer, Empowerment Works’ two decades of partnering with conscious artists in related events, The Global Summit’s first Artists In Action Unite Concert directly benefits performers and their chosen causes (50% of all revenue).  The other 50% through 501c3 nonprofit, Empowerment Works will be used to coordinate at cost production needs and year-round regenerative leadership training, and tools for local change-agents.

SAVE THE DATE: Aug 9, 8 pm to Midnight (prime time where artists’ fans are)

Often looked to as the consciences of humanity, artists have a unique ability to create powerful and innovative social change. Whether through music, visual art, performance, or poetry, artists speak with integrity and the world listens.

About the Author: Web Master