How should the European government act to protect their minorities against what is seen as an offensive speech?

Should offensive speech be banned?

According to the Oxford English Dictionary, the main definition of offending is:” to hurt or wound the feelings, to be displeasing or disagreeable, to excite a feeling of personal upset, resentment, annoyance, or disgust in someone”. The offense speech creates and leads to the growth of these negative feelings in a minority group as much as between individuals, it hurts the feelings of each member of the minority group. Also, offensive speech violates article 10(2) of the European Convention on Human Rights, this article advocate free speech but it asks for specific censorship and laws to achieve public safety, for the prevention of disorder or crime, for the protection of health or morals, for the protection of the reputation or rights of others, these problems are usually born with offensive speeches. while the strong power that could reduce the impact of offensive speech and its problems is the government.

Moreover, governments could protect the minority by increasing the awareness of all European citizens of how majority and minority groups could enjoy equal similar rights. Erich Kolig in chapter 4 said:” Thus someone’s rights can become the baseline from which the human rights of someone else can be violated”(p.101). according to his view, there is a line between your rights and other people’s rights, so the advocates of offensive speech should be aware of the baseline between their rights of free speech and minority rights of not being offended. 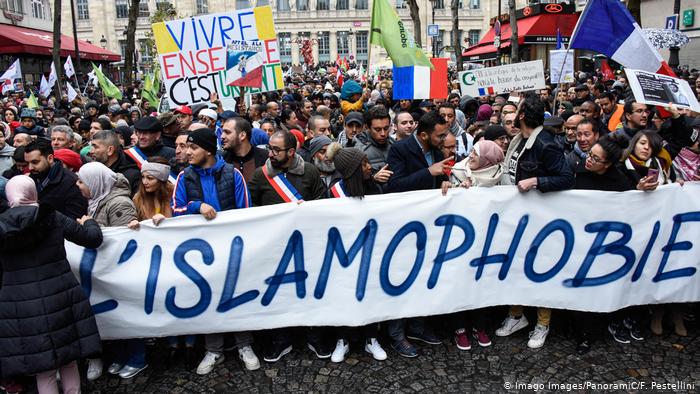 More than 10,000 people marched through the French capital on Sunday to protest against hostility toward Islam and discrimination against Muslims, two weeks after an elderly gunman with far-right links injured two men at a mosque of the southwestern city of Bayonne.