The report documents the process, findings, implications and suggested next steps from the Social Body Inquiry research survey that Innate Intelligence and Post Carbon Institute www.postcarbon.org co-created and facilitated in order to learn more about Green/Progressive responses to economic crisis at the 2011 San Francisco Green Festival. 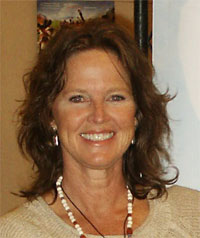 “We wanted to gather basic information about views and attitudes around sustainability and the economic crisis, and the way this affects bodies, views, perceptions, feelings, and functioning, i.e. our implicit, subconscious drivers.

Although preliminary, this effort yielded some notable, even surprising results of potential importance to future Green/Progressive communication and outreach efforts.”

A B S T R A C T
To learn more about how (presumably) progressive and activist people with “green” interests perceive themselves and the world situation — and how they react and act to economic and environmental challenges — Innate Intelligence worked with Post Carbon Institute (PCI) to develop a thirteen-question somatic-emotional response survey.

Attendees of the San Francisco Green Festival (November 12-13, 2011) were invited to complete a written survey and subjectively self-rank themselves on a number of structured subjects. Each were asked to consider both real and hypothetical situations involving a challenging economic and environmental future, and report on their felt-sense, as well as cognitive and logical responses.

The results provide a foundation for future inquiries. We identified key commonalities, trends, and types of responses worthy of future investigation.  Although not validated, the results point to several new and promising avenues for exploring the dispositions and tendencies of this population. Further inquiry may yield interesting insights for both environmental groups (like Sierra Club, Greenpeace, NRDC, and others) and economic and community groups (like #Occupy, Transition, Resilience Circles, and others).

100 visitors at the Innate Intelligence booth completed surveys. Most respondents sat in comfortable chairs and took on average 3-7 minutes to respond. No respondents were paid. Respondents included a diversity of sex, age, ethnic, and professional groups but were neither scientifically sampled nor controlled.